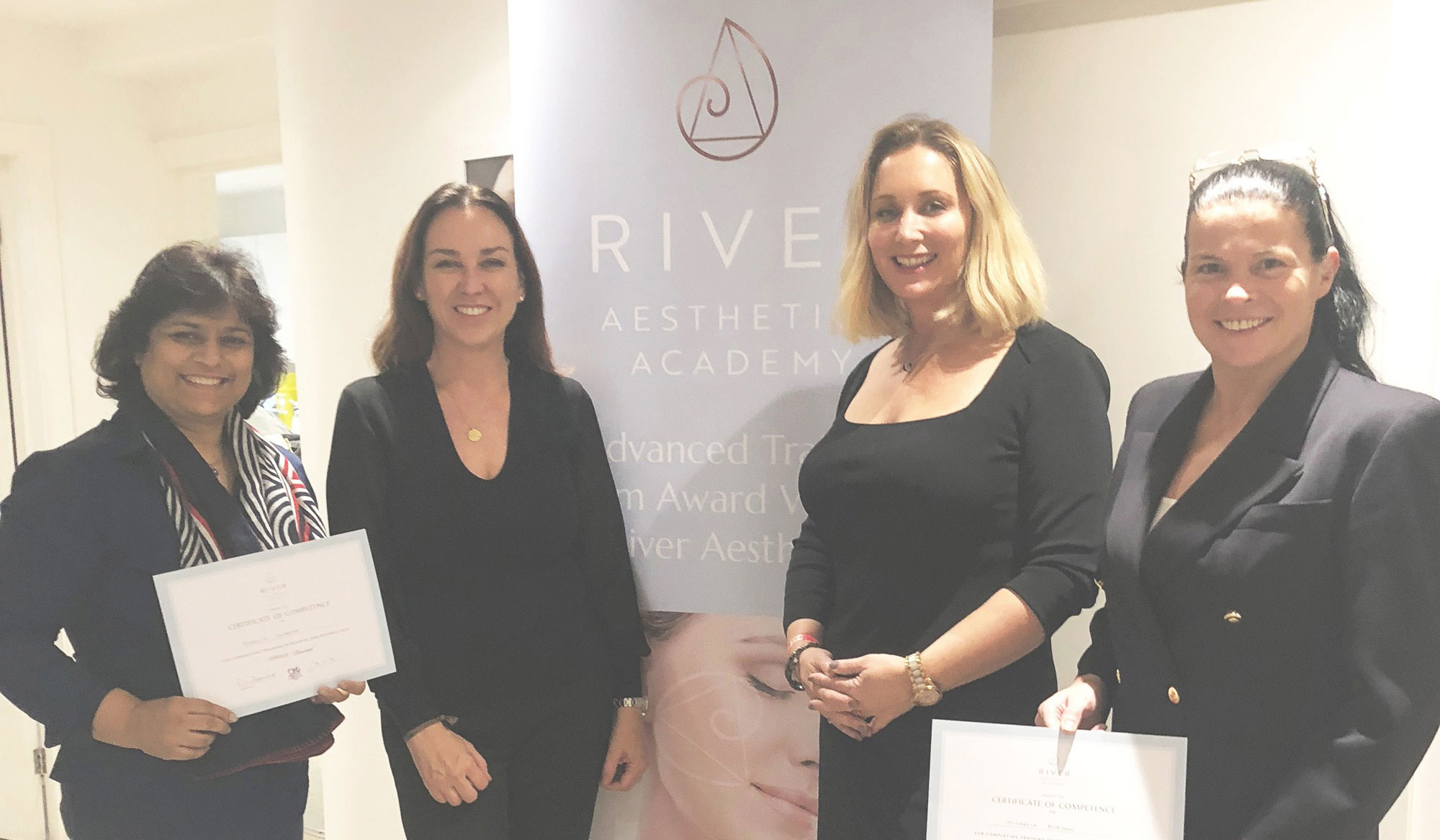 It is immediately clear when walking through the doors of River Aesthetics that the clinic is geared towards the patient experience. From the luxurious decor and sleek designs to the friendly greetings and individually-focussed approach. With an array of non-surgical treatments in their portfolio, it is easy to see why the world-renowned clinic is sought after.

From Scotland to Bournemouth: Thread Lift Treatments Sought by All

What makes River Aesthetics different is that they are not simply one of multiple clinics that provide thread lifts in Bournemouth; they teach too. Dr Manning and Dr Woodward are global trainers in many non-surgical techniques, with River Aesthetics being the training centre for Silhouette Soft thread lifts.

The signature technique is among their range of thread lift treatments. In Bournemouth, patients can address signs of ageing and sagging skin with PDO thread lifting, and they can receive a bespoke facelift known as The RiverLIFT. As well as target facial rejuvenation, River Aesthetics uses threads for nose contouring and breast lifts.

Being the training centre for Silhouette Soft, it is no surprise that River Aesthetics treats patients with this technique more than any other clinic in the UK. It is one of the most effective thread lift treatments in Bournemouth as patients can achieve smoother skin and a defined look without the need for surgery.

The absorbable polylactic threads are inserted into the skin using a fine needle. For many patients in Bournemouth, thread lift treatments are generally used around the cheeks, neck, lower jaw, and eyebrows. The threads are used to lift sagging tissue before dissolving into the skin, triggering the body to produce more collagen.

As we age, the elasticity and volume of our skin diminishes due to a depletion of collagen, but with River Aesthetics’ thread lifts in Bournemouth, patients can address this. Results will be immediately noticeable, with gradual enhancements appearing over the first 12 weeks as collagen is formed.

PDO threads are made up of a suture-like material known as polydioxanone, used for medical stitches. A cannula is inserted into the skin and then removed, leaving the threads to lift and tighten sagging skin, smoothing out lines and wrinkles. When the threads dissolve naturally, the body will ignite its collagen production, putting PDOs among the list of effective thread lift treatments in Bournemouth.

Around 3 months after the treatment you will notice optimum results. Your face will be refreshed, smooth and more defined. In Bournemouth, thread lift treatments are actively sought such are the long-lasting results.

River Aesthetics’ signature RiverLIFT is a step up from other thread lifts in Bournemouth. That is because it combines next generation dermal filler technologies with innovative thread techniques. It is the ultimate facelift that is bespoke to every client, with treatment plans tailored to their needs. As two of the most skilled thread lift specialists, Dr Manning and Dr Woodward have created a treatment that achieves noticeable and natural results.

By redefining your facial contours and generating natural collagen production within the body, the RiverLIFT gives you a refreshed appearance as opposed to a ‘done and frozen’ look. These thread lift treatments in Bournemouth can achieve redefined jaw lines, smoothed out nose to mouth lines, and tighter skin around the neck.

As well as facial thread lift treatments, in Bournemouth, female patients can undergo a breast lift at River Aesthetics. By using PDO threads, the sagging tissue will be subtly lifted, providing a natural uplift. The inserted threads act as a ‘scaffold’ for the skin around the breast, and over time they stimulate collagen synthesis.

Like all of the clinic’s thread lift treatments in Bournemouth, Dr Manning and Dr Woodward take utmost care when carrying out the procedure. As former GPs, both have a wealth of medical experience as well as aesthetic expertise. Before undergoing a breast lift, you will have a thorough breast examination and your medical history will be discussed to determine your suitability.

To book a consultation or to discuss River Aesthetics’ thread lift treatments in Bournemouth, call 01202 024060.