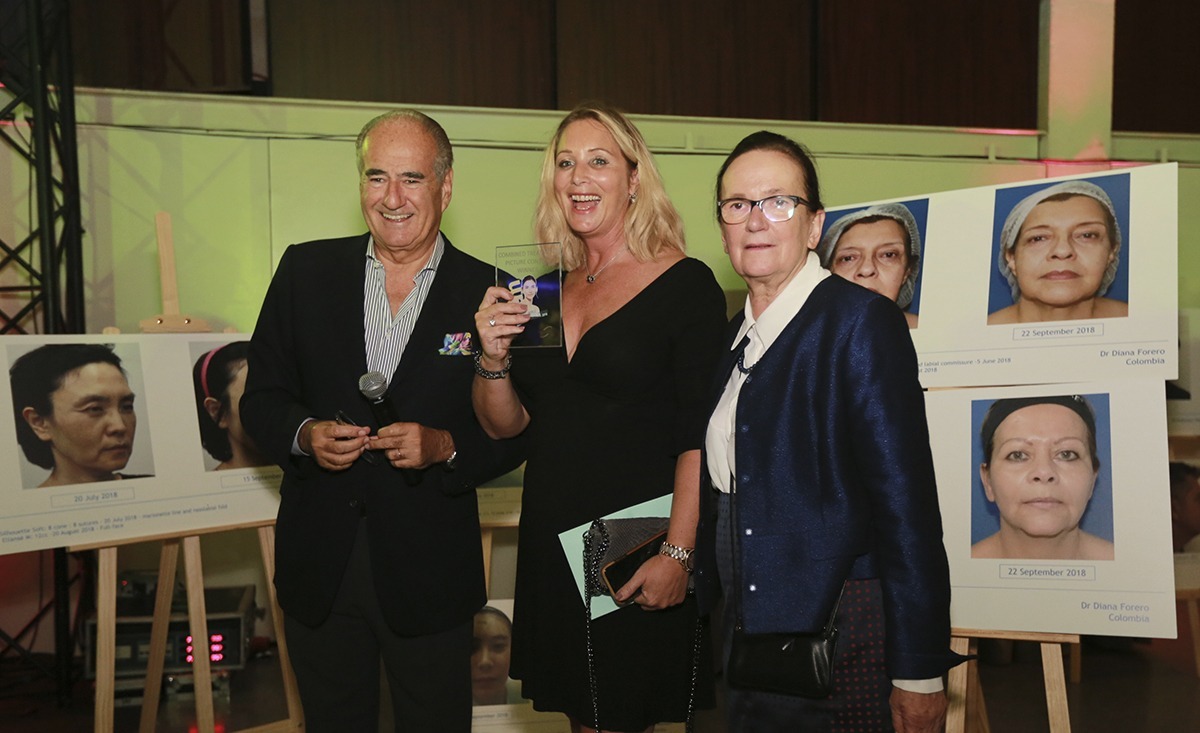 Delegates attending Sinclair Pharma’s World Expert Meeting in Barcelona were invited to submit a case which exemplified the results they were achieving with the company’s portfolio of products.  River Aesthetic’s Dr Victoria Manning, a Silhouette Soft trainer for Sinclair Pharma, put forward a case which was singled out from the 1,300 entrants.  The judges commented on the impressive results which were achieved using a combination of both Ellanse and Silhouette Soft.  The case study and treatment are detailed below.

Heather Bell, 65, was keen to ensure that she looked the best version of herself on her daughter’s ‘big day’. She had been thumbing through the bridal publications researching elements for the wedding and her attention was drawn to an article in Brides magazine which described the latest approach to non-surgical anti-aging and included Silhouette Soft and dermal filler Ellanse.  Heather approached River Aesthetics to learn more about the treatment and her suitability as the clinic was featured in the article and following a consultation with Dr Manning was excited and eager to begin treatment.

She voiced her requirements:

“I was concerned that I had lost volume in my midface, and was keen that I looked my best self at my daughter’s wedding. When Dr Manning explained that she was able to treat my concerns non-surgically, and most importantly that the results would look natural, and not like I had had major work ‘done’ I was keen to progress. I was also really pleased to learn that I had approached Dr Manning at a great time, several months before the wedding, as she had explained that the treatment actually got better with time as it stimulated my body’s collagen production, meaning I would look at my best for the actual day.”

“We were keen to achieve a natural and subtle look Heather wanted for her daughter’s wedding and chose to treat her using a phased approach to ensure the peak result coincided with the wedding date.  In the initial phase 2ml of Ellanse M was used. Heather presented with sub-zygomatic hollowing which was treated using a cannula in a retrograde fan technique, under zygomatic to soften her contours. Biostimulation was delivered to the upper and lower face in a more superficial plane.

Around four months later, Heather was treated with Silhouette Soft to her midface and jawline. A total of ten threads were used, four per side, positioned in a fan for the midface and one per side, to the jawline in the submandibular plane.

The two non-surgical treatments used in Heather’s treatment come from the Sinclair Pharma portfolio.  Ellansé is the first dermal filler which provides both instant and gradual results; increased volume occurs immediately post-treatment, however volumisation continues to develop for up to four months as the initial carrier gel is absorbed by the body, but not before microscopic spheres suspended in the gel have stimulated the body to create its own healing collagen.  The results can last for up to four years.

Silhouette Soft threads initiate a unique two-stage process – an immediate skin lift and gradual collagen regeneration. Think of it as the creation of scaffolding for drooping areas of the face. The threads, which are dotted with a series of tiny cones along their length, are introduced just under the top layer of the skin.  The cones are bi-directional which secures the threads in place in the subcutaneous layer and allows them to be pulled in two directions to lift the skin.

The threads and cones are made from polylactic acid which is the same material as dissolvable stitches and in the ensuing three months before they are absorbed by the body they bring about the process of collagenesis.  This is the method the body uses to repair a damaged area – in this case created by the agitation of the cones. This brings about a biological lift, where the skin becomes firmer and tighter as a result of the augmentation from newly laid down collagen underneath the surface to fill it out naturally.

On being awarded her accolade at the World Experts Meeting Dr Victoria Manning was justifiably proud:

“I was absolutely delighted to win first prize as the standard of the 1,300 entries was extremely high, and it was an honour to be chosen. We were equally proud of the results we were able to achieve for Heather so this was the icing on the cake.  It was also the culmination of our most successful year which saw us opening our third clinic in London and launching the River Training Academy to pass on our skills and our knowledge to other doctors”.

Don’t forget, you can be one of the first to receive news and updates from the River Aesthetics team, including exclusive offers and events. 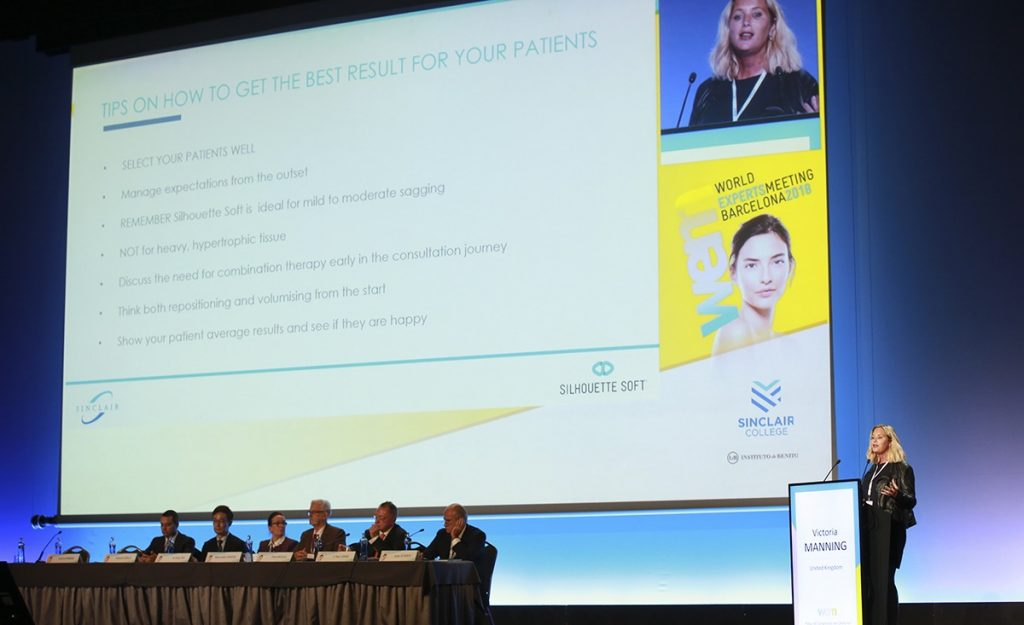